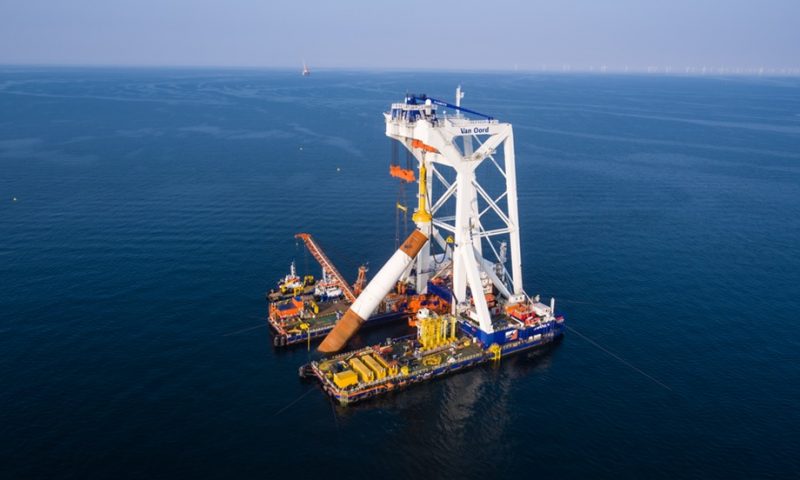 Baltic Power has signed contracts for the manufacture, delivery and installation of the offshore substations and foundations for its wind farm project located in the Baltic Sea. As agreed, some elements of foundations necessary for putting in place the turbines will be manufactured in Poland. By the end of this year, Baltic Power will secure contracts for all the main elements of the farm’s infrastructure and services necessary to timely start the construction, scheduled for 2024. As per the schedule, the joint-venture project of the ORLEN Group and Northland Power will commence to generate zero-emission energy in 2026.

“For the ORLEN Group, offshore wind energy is a pillar of the implemented strategy thanks to which we will achieve carbon neutrality. Even though it is a new area of our business, the Baltic Power project is currently the most dynamically developing investment in the Polish part of the Baltic Sea. Entering the key phase of preparations, we are signing contracts for the main components of the farm’s infrastructure necessary to carry out the project. The experience we have gained in building the supply chain for Baltic Power will be leveraged in similar future projects. We are seeking to be awarded a total of 11 licences for the construction of offshore wind farms in Poland, and we will look for opportunities to implement such projects also in the Baltics,” stresses Daniel Obajtek, President of the PKN ORLEN Management Board.

The wind turbine foundations will be steel piles, weighing up to 2.4 thousand tonnes and 120m in height, which will be driven into the seabed, up to a depth of 50m, by specialised vessels. Monopile foundations for all infrastructure elements of the Baltic Power wind farm will be supplied by Steelwind Nordenham. Belgian fabrication company Smulders will be responsible for supplying the transition pieces, to join the foundations with the wind turbine generators. These specialist steel structures will also be partially manufactured at its facilities located in Poland. Baltic Power has entrusted the offshore transportation and installation of the foundation components to Van Oord – one of the world’s most experienced offshore contractors, specialising in the installation of offshore wind farms and its fleet of more than 60 vessels also includes those built specifically for work in the Baltic Sea.

“Securing these supplier contracts mark major project milestones for the Baltic Power project. Leveraging our expertise from already established offshore wind resources in Germany and other parts of Europe, Baltic Power will play a significant role in Poland’s clean energy transition for the long-term. In partnership with PKN Orlen, this is an excellent opportunity for Northland to reinforce our commitment to the European offshore market and to support the establishment of an offshore wind hub in the Baltic Sea. We’re looking forward to continued successes as the project develops further,” notes Christian Voelcker, Interim Vice President Offshore Construction of the Northland Power.

Another scope of investment that has been secured through selected supplier contracts concerns the offshore substations. This is a key component of the offshore infrastructure. Over a ca. 130 km2 area of the Baltic Power wind farm, two substations will be built, which via an internal cable network will receive the energy produced by more than 70 turbines with a minimum capacity of 14 MW and then transmit this via export cables to the onshore substation. Each offshore substation will be a 2.5 thousand-tonne steel structure standing on foundations and rising about 20m above the sea level. A consortium of Bladt Industries and Semco Maritime will be responsible for the engineering, procurement, fabrication and installation of the offshore substations. Bladt is a supplier focused exclusively on the offshore windfarm sector with many years of experience in the manufacturing of steel structures for offshore substations realised at sites in Poland, among others. Semco is one of the most experienced suppliers in this market and has played a key role in the engineering and commissioning of more than 20 substations for offshore wind farms.

“Baltic Power consistently follows its schedule and selects suppliers who can boast not only a great deal of experience, but also a readiness to carry out significant part of the work in Poland. This is a very important aspect for us as an investor, which translates into building a local value chain for the offshore wind sector, because each of these companies are already intensively looking for sub-suppliers in Poland,” summarises Jarosław Broda, Member of the Management Board of Baltic Power.

The wind farm will be built some 23km off the shore, near Łeba and Choczewo. In June this year, the company was the first to complete geotechnical surveys of the seabed in the area of the farm. In July, the company signed, among other things, a reservation agreement for the transport and installation of the turbines, thus securing one of the 15 specialised installation vessels available worldwide. When completed in 2026, the Baltic Power offshore wind farm will be able to supply up to more than 1,5 million households with clean energy.