Bloomberg) — Canada has given the green light to a $12 billion offshore oil project proposed by Norway’s Equinor ASA, leading industry groups to express approval for the government’s decision and reiterate the project’s importance and minimal environmental impact.

The government will announce the approval later Wednesday of the Bay du Nord project about 500 kilometers (311 miles) off the coast of Newfoundland, according to a person familiar with the matter, asking not to be named because the matter is still private. It was reported first by CTV News and Canadian Broadcasting Corp.

The Canadian Association of Petroleum Producers (CAPP) is pleased the government “relied on the science and supported the Impact Assessment Agency of Canada’s assessment and ultimately approved the environmental assessment for this project,” said Paul Barnes, director, Atlantic Canada & Arctic for CAPP.

“Ensuring there is a clear, fair and transparent process for the approval of natural resource projects in Canada is critical to building confidence in Canada’s investment climate. Bay du Nord is an environmentally sound project that will provide secure, responsibly developed energy to the world,” Barnes said. “CAPP thanks all who vocalized their support for this project and Newfoundland and Labrador’s offshore oil and gas industry in recent weeks, including the Government of Newfoundland and Labrador.”

It’s a politically-risky move for Prime Minister Justin Trudeau that complicates his efforts to hit aggressive emission targets for the oil and gas sector and could potentially alienate the pro-environment bloc within the governing Liberal Party. Yet Russia’s invasion of Ukraine has also prompted policy makers to reconsider the importance of the nation’s vast oil reserves to Canada’s economic security.

In the case of Bay du Nord, the government is expected to argue that the project’s emissions are lower than other methods of oil production.

Domestic politics are also at play in the decision. While the Liberals do poorly in Canada’s western oil-producing regions, they place a high value on seats in the Atlantic provinces and several cabinet ministers are from the area. 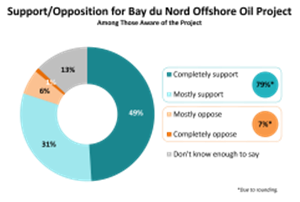 Results from a survey conducted by Narrative Research on behalf of the Canadian Association of Petroleum Producers.

The Bay du Nord project consists of multiple oil discoveries containing at least 300 million recoverable barrels, according to Equinor. Other estimates have put the recoverable oil two to three times higher. However, it is unlikely to start producing oil until the end of this decade.

Based on 300 million barrels, Equinor has said the project would produce C$3.5 billion ($2.8 billion) in government revenue and create thousands of jobs in Newfoundland.

The environmental assessment process for the project started in 2018. It will be Canada’s first deep-water drilling site and proposes to use a floating production, storage and offloading vessel. Cenovus Energy Inc. and BP Plc are partners with Equinor in the project.

Canada’s energy companies have mostly stopped proposing major new oil projects since prices collapsed in 2014. The industry has shifted from investing in multibillion-dollar oil-sands and offshore projects that last for decades in favor of drilling for shale oil.

Bay du Nord could produce as much as 200,000 barrels of oil a day when it goes into operation, according to the company. Equinor plans to drill two exploration wells this year.

The approval comes a little more than a week after Guilbeault released a plan for cutting Canada’s greenhouse gas emissions over the next eight years, including a 42% reduction in the oil and gas sector. 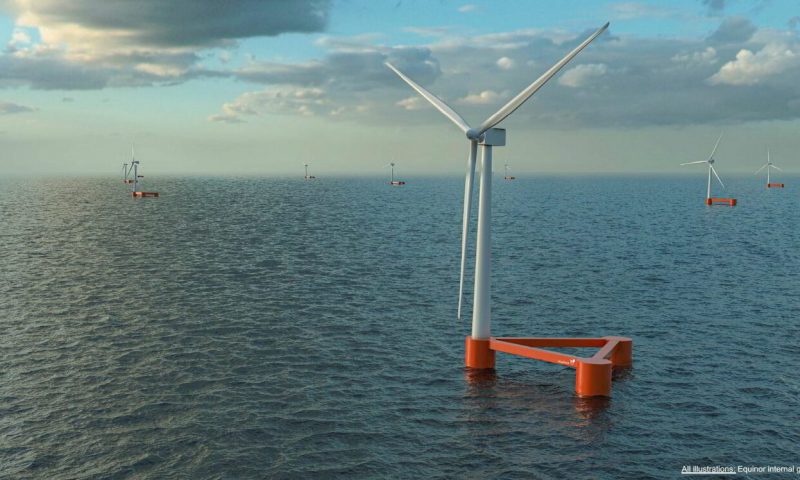 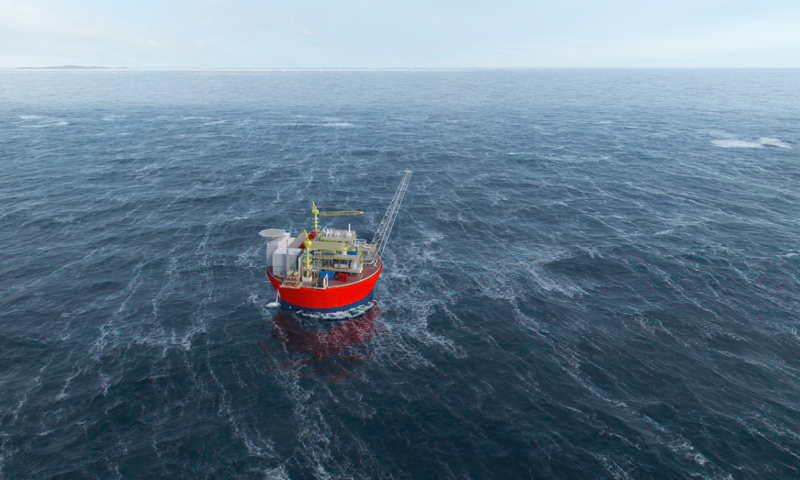