Share
Share
Tweet
Share
Share
On 17 November 2022, Jan De Nul Group completed the first part of the cable installation works to connect the wind farms Hollandse Kust (noord) and (west Alpha) to the Dutch mainland. Also the 220-kV high-voltage tests of both sea and land cables for Hollandse Kust (noord) were successfully completed, from the onshore substation to the substation located 18 km offshore.

Also on 24 November, Jan De Nul signed a contract with Global Marine Systems Ltd. for the acquisition of the Offshore Support Vessel Global Symphony. This marks a further investment in the offshore installation capacities of the Luxembourg-based maritime contractor.

The cable installation vessel Isaac Newton installed the cables on the seabed. In addition, Jan De Nul used several remote-controlled underwater trenchers and amphibious cranes in the surf zone to bury and protect the cable in the seabed. The Moonfish (picture) is one of these trenchers, a Jan De Nul design tailored to the needs of this project.

In the spring, the cable installation vessel Isaac Newton collected the first lot of 90 kilometres of sea cable from our consortium partner LS Cable & System in South Korea. After arriving in the Netherlands, the Isaac Newton installed four different sea cables, starting from the beach.

Next, the trencher Moonfish set to work, burying and protecting the sea cables in the seabed. 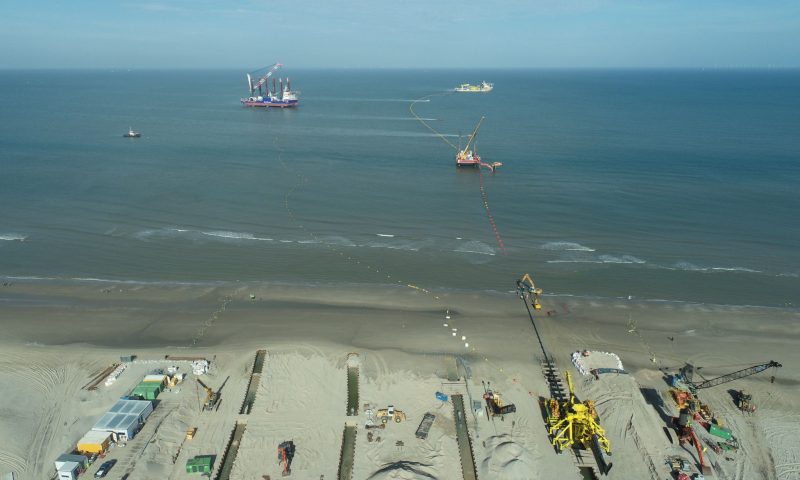 Start of the first cable pull for the Hollandse Kust Noord project. 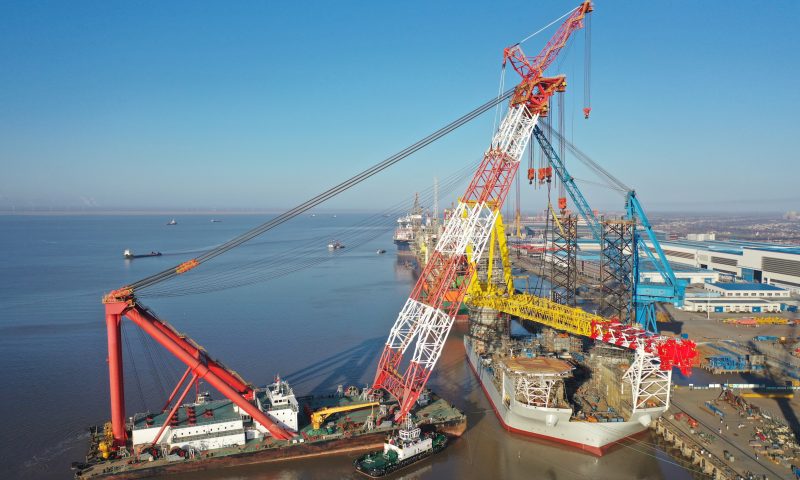 3,000 tonnes crane has just been installed on board of Jan De Nul jack-up installation vessel Voltaire. 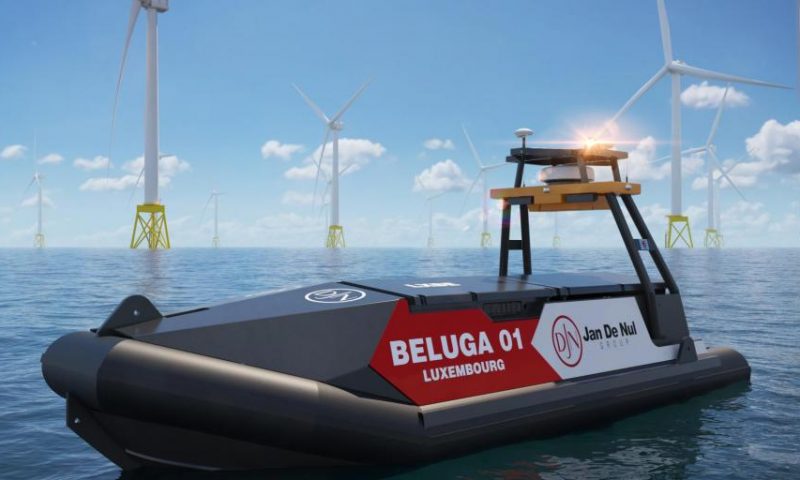 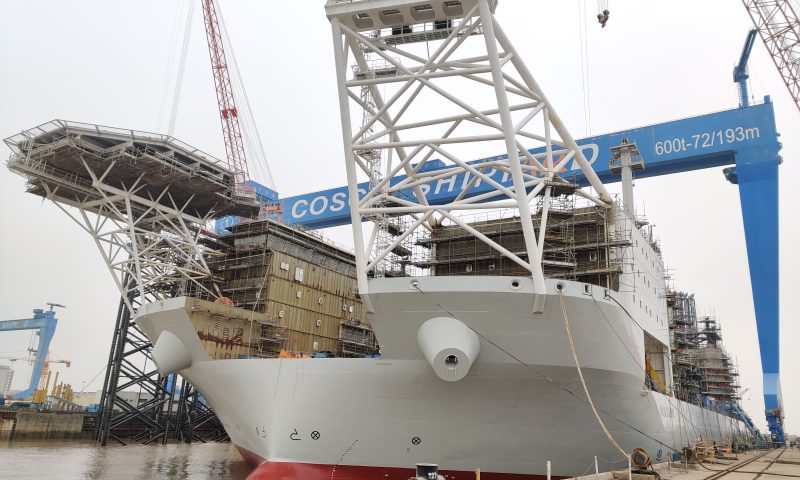