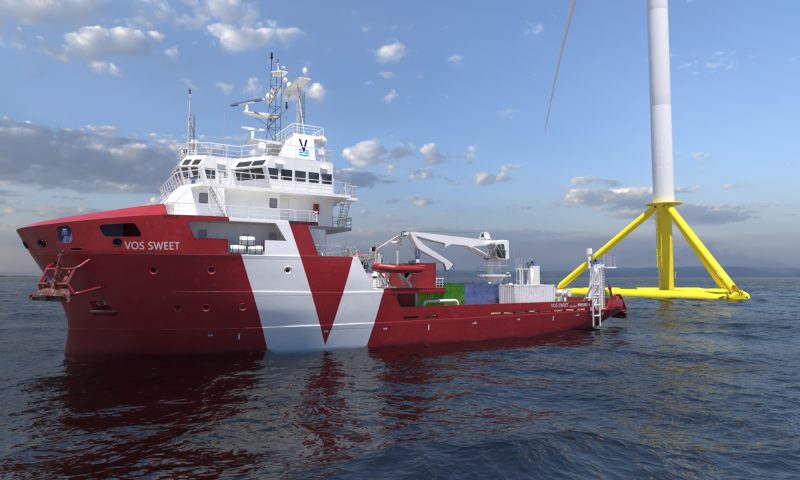 “We see enormous potential in floating offshore wind farms,” said Dr Velibor Marjanovic, member of the Management Board of KfW IPEX-Bank. “Fixed offshore wind farms can only be operated economically up to a certain sea depth. Floating wind farms will open up deeper waters. This gives us the opportunity to expand offshore wind power much more and drive the decarbonisation of energy generation faster worldwide.”

At the floating offshore wind farm in the Gulf of Lion, three Vestas wind turbines (type V164-10MW) will be installed on semi-submersible platforms. The energy plant will be located more than 16 kilometres from the coast near Leucate and is scheduled to go into operation at the end of 2023. The water there is 75 metres deep.

With this financing, KfW IPEX-Bank is supporting the expansion of renewable energies in Europe. More than a decade ago, KfW IPEX-Bank played a leading role in establishing the bankability of bottom-fixed offshore wind farms. Since 2010, financings for a total of 31 offshore wind farms in Germany, the UK, Belgium, France, Taiwan and the USA have been structured and arranged.