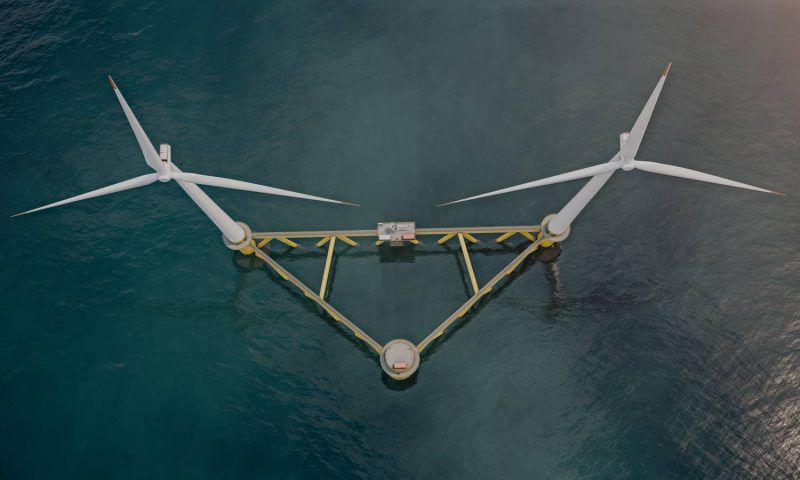 Proposed joint venture could produce up to two gigawatts of energy annually from wind farm situated 50km offshore.
A planning application for a floating offshore wind farm costing up to €3 billion off the south coast of Donegal is set to be lodged in the next 18 months with the support of Killybegs fishermen.

The partnership is likely unique across the world, with fishing organisations regularly opposing plans for such projects because it means they lose access to fishing waters.

The site, when fully operational, could produce up to two gigawatts of energy every year. About 5.6 gigawatts is generated on the island of Ireland, meaning the site could produce more than a third of the energy needs for the country.
KFO chief executive Sean O’Donoghue said his organisation had approached Hexicon, rather than the other way around. “We call this a new approach, and probably a first in the world. The fishing industry here joined forces mainly because we were aware of all the issues on the east and south coast and the fishermen and the wind developers were at loggerheads.”

Mr O’Donoghue said many companies had come to the KFO in the past with “lines drawn on the maps”. Instead they set out their own key six principles and then made their approach to Hexicon. “This is coming from us, rather than Hexicon,” he said.

He said Brexit had really hit the fishing industry, meaning they had to look elsewhere to ensure its sustainability.

Marcus Thor, the chief executive of Hexicon, said a one-gigawatt site would cost in the region of €3 billion to develop.

Hexicon has developed proprietary technology that allows it to put two turbines on one floating base. This in turn means they can put more turbines in a smaller area, allowing for greater wind generation. The scale of the project is huge, according to Mr Thor. “It’s still going to be 150 to 200 square kilometres.”

The development will support jobs in the area, and an economic assessment of the potential benefits for the area is being undertaken. “It takes a bit of time to match the needs with the opportunities and possibilities, but it is an important point. In any gigawatt development you should expect a lot of development in the neighbouring areas too,” said Mr Thor.

Mr O’Donoghue said a key reason for the KFO agreeing to work with Hexicon was the commitment that the wind farm would be situated 50km off the coast, and out of the way of key fishing areas.

“We were only interested from a KFO and Sinbad perspective in offshore wind development and here we are talking about more than 50km from the Donegal coast,” he said.