Mammoet has successfully completed a heavy transportation and installation project in Indonesia. On behalf of General Electric, the team transported a 430t gas turbine and a 445t gas turbine generator at Tambak Lorok Power Plant, located in Semarang, Central Java. The loads were moved one-by-one a distance of 200m from their storage area to the power block building, using 10 axle-lines of SPMT in 4 file configuration.

At the installation area, the two pieces of equipment were maneuvered adjacent to their foundation and aligned centrally with it using SPMTs. Four strand jacks then slowly lifted the slings placed around the lifting trunnions to a sufficient height, raising the loads from the SPMTs. Next, the loads were slowly moved transverse to the center line of the foundations using a hydraulic system on top of the beams.

Once the loads were aligned on the foundation lines to the customer’s satisfaction using self-propelled skid beams, they were slowly lowered onto the foundation. With the full weight of the equipment on the foundation, the slings were then removed from the lifting trunnions of the turbine and generator. This gantry system used was in-house designed and comprised four 200t strand jacks, 500t self-propelled skid beams, 150t skidding systems and customized lifting gantries.

This methodology was used so that operations could be completed within the customers’ given time frame and for the installation to still take place despite the tight space restrictions on site. Moreover, even though Mammoet had limited time available for transportation and installation, the team completed the scope of work promptly and with efficiency, due to its experts’ detailed project planning.

Mammoet’s work to install the generator and turbine will see an increase in electricity supplied to the Java-Bali grid. General Electric’s Tambok Lorok Power Plant is part of Indonesia’s 35,000MW grid expansion project, and will power over five million Indonesian homes upon its completion. 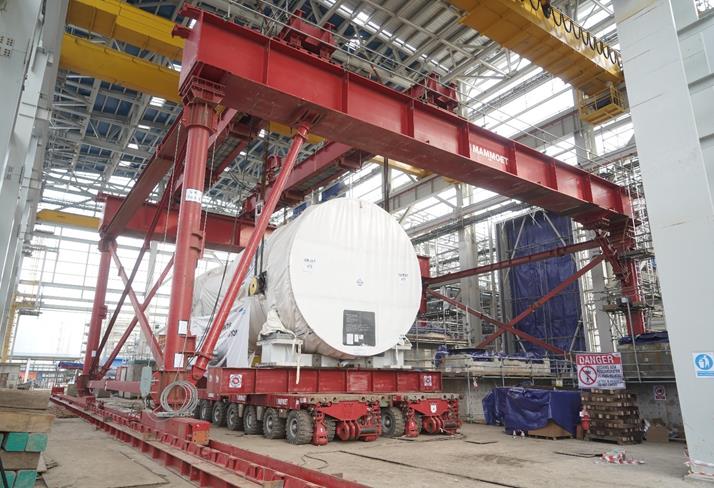 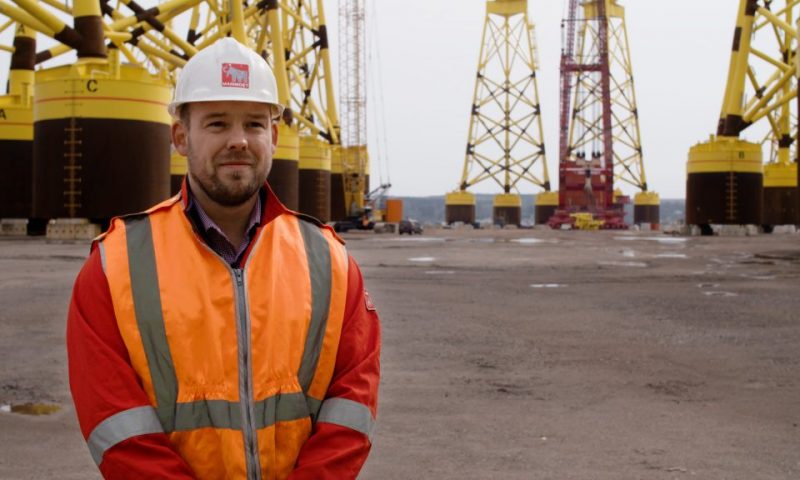 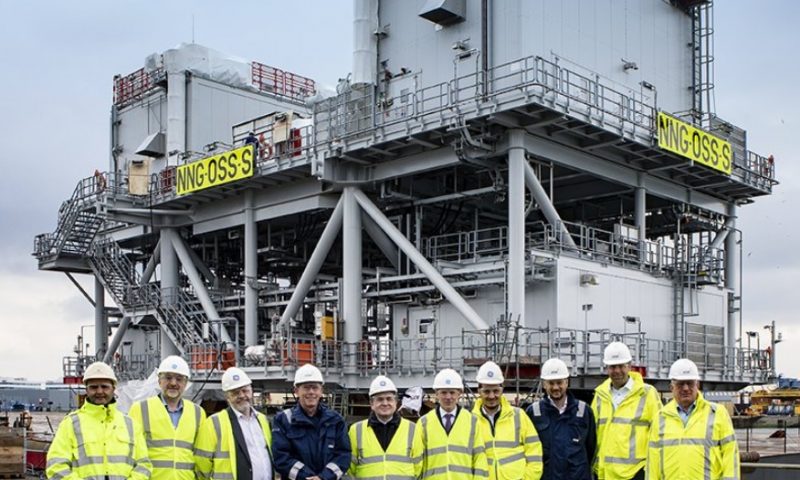 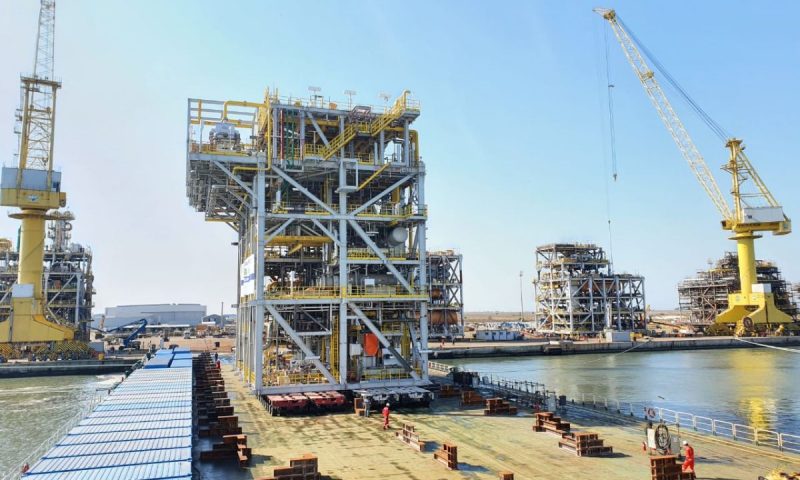 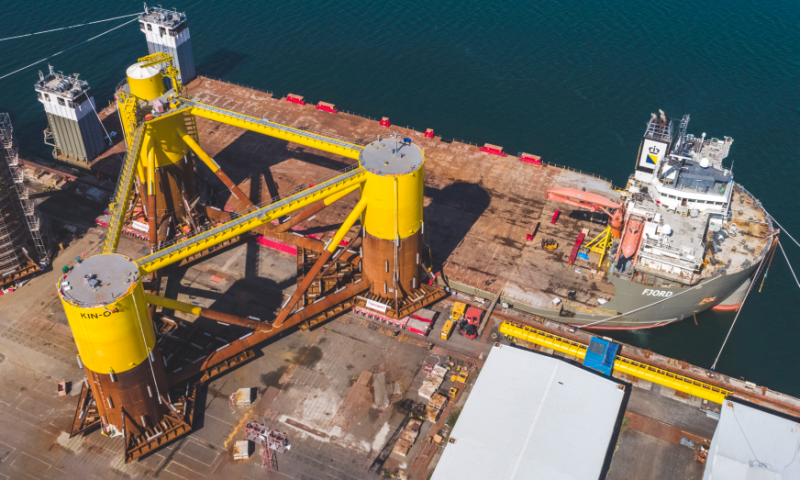 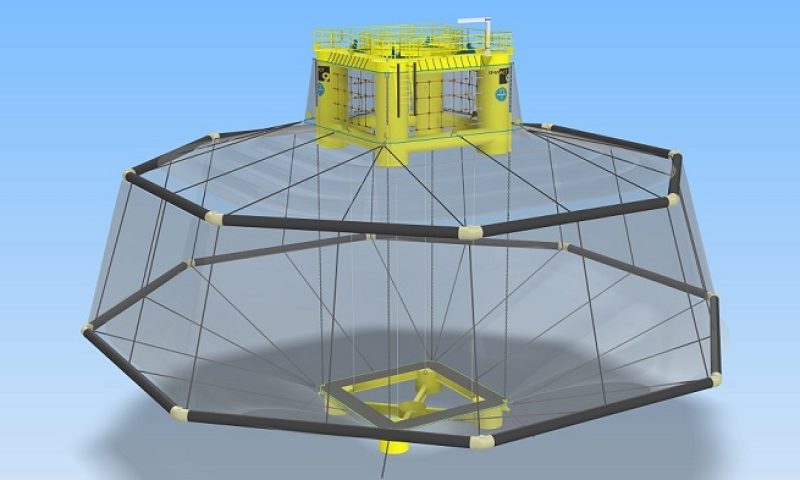