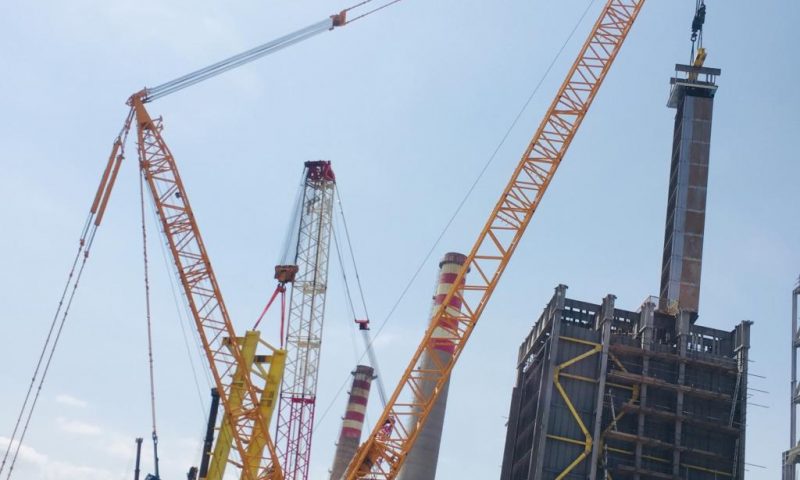 KCOI contracted Sarens to transport and load two of their first entirely in-house manufactured RIEs (Remote Instrument Enclosures), Sarens performed the planning and executing the project’s logistics. The two remote instrument enclosures were loaded onto a barge at the KCOI Yard in Aktau, Kazakhstan, for onward transportation.

To execute the operation, Sarens deployed eight people to the job site, along with 24 axles of Kamag K2500 trailers with two prime movers and a Demag CC-6800 60m in SSL configuration.

The Demag CC-6800 arrived from a site 200 kilometres away, and it took five days to assemble it with the help of the Sumitomo SCX-2800. The Kamag trailers were sent from the Sarens Kazakhstan base branch.

During the operation, the two RIEs were transported via 24-axle Kamag 2500 trailer, which lifted them from their stools and moved them into position for crane loading. The crane then lifted each RIE at a 20-metre radius, slewing 90 degrees and placing it onto the barge. The first RIE weighed 223 tonnes and the second 215 tonnes.