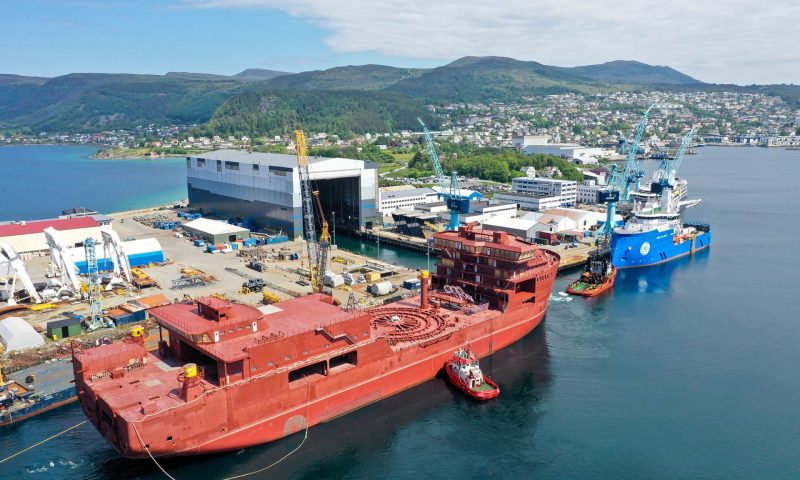 In June 2018, a shipbuilding agreement was signed between Nexans and Ulstein on a large, DP3, cable laying vessel (CLV) to support markets such as the offshore wind industry. The construction project now enters a new phase, as the outfitting work at Ulstein Verft is about to start. 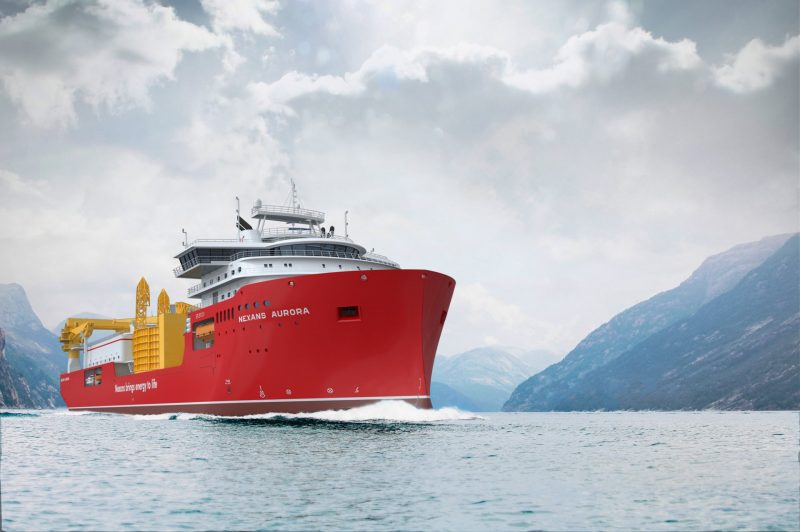 The CLV Nexans Aurora hull arrived Ulstein Verft after having been built at CRIST, Poland. The hull will now be towed into the dock hall at Ulstein Verft before activities such as outfitting, electrical work, insulation and piping commence. Ulstein Verft will also install the main components such as the main generator set, the power package, deck machinery, winches and topside equipment. 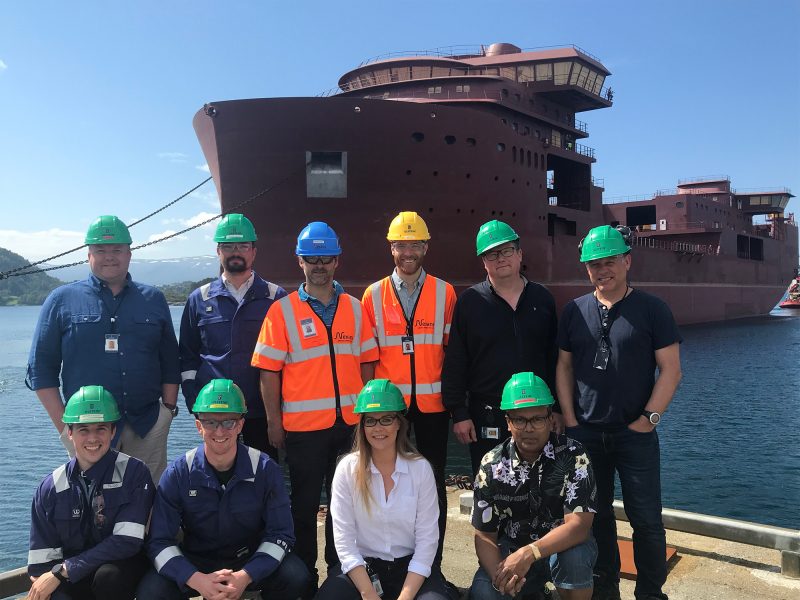 Prepared for the future
The Nexans Aurora is measuring 149.9 m in length and 31 m in the beam. She will be prepared for vertical lay operations and complex subsea construction tasks in deep waters in addition to the principle built in structural and system capacities and flexible design features to allow easy adaptation to customer’s future needs.

Large capacity
The Nexans Aurora will be equipped with a large capacity cable handling spread including a 10,000 t split turntable with dual product lay lines with capacities and features to handle safely and efficiently the full Nexans submarine systems product line.

High capability
The vessel also contains a dedicated enclosed cable splicing area offering a controlled environment for performance of all product splicing and termination work to the exact standard as performed in our factories.

Based on combined expertise
The vessel has been developed through the combined experience of Nexans, Skipsteknisk, Ulstein Verft and MAATS Tech, each world leading in their own fields to produce a subsea cable and umbilical systems installation vessel for worldwide operations, covering the full range of shallow and deep subsea activities. 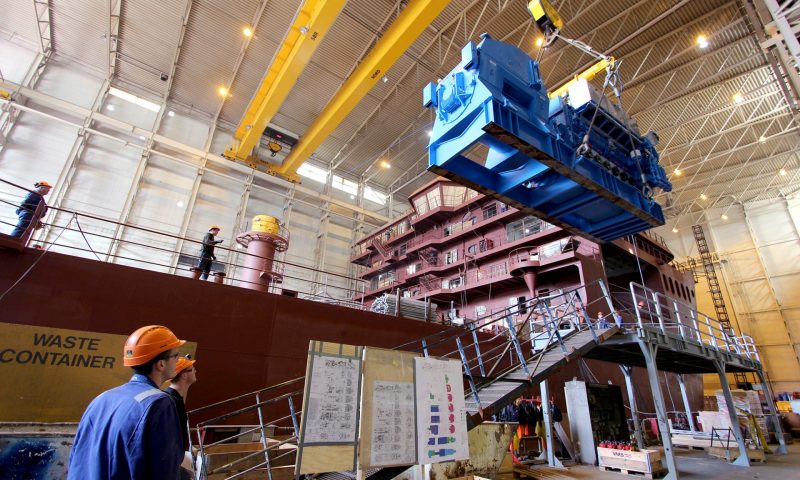 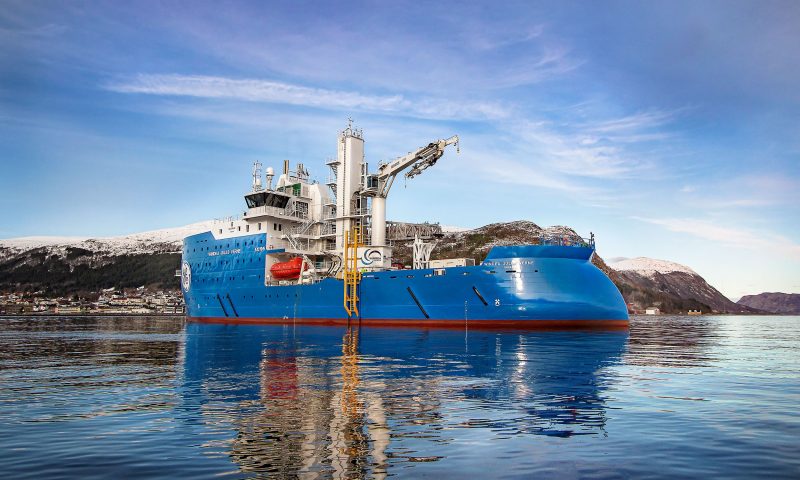 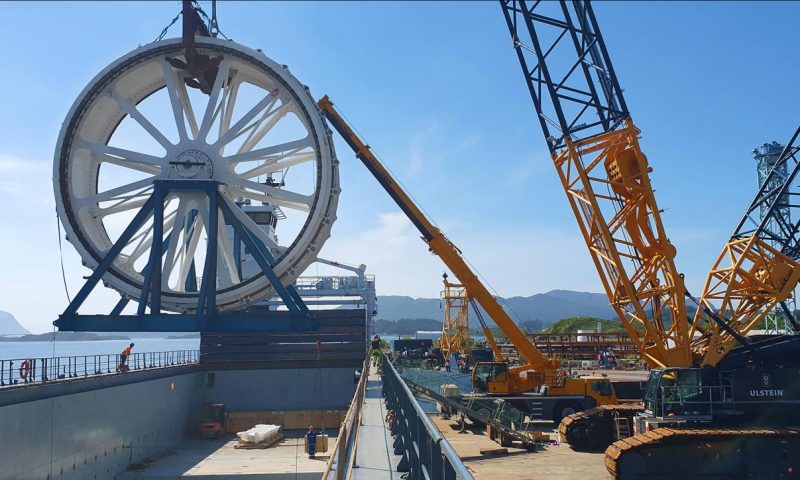 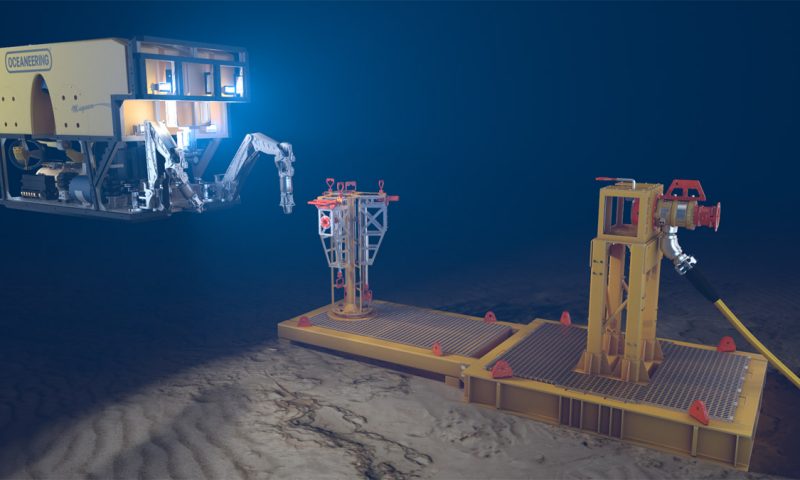 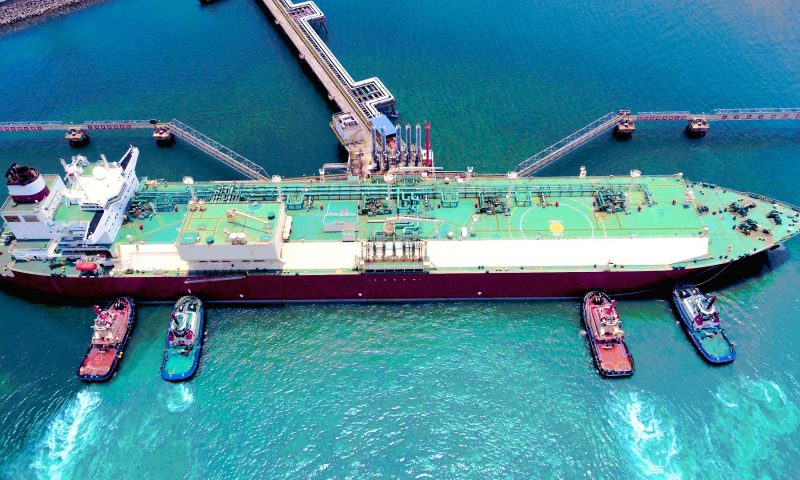