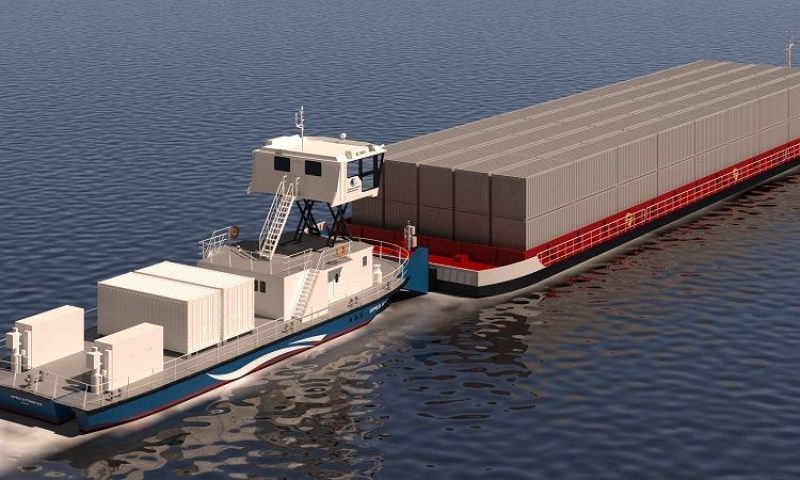 Lithuanian ship designer Western Baltic Engineering (WBE) is unveiling new designs for what it believes is the first ever electric pusher vessel for use on Europe’s inland waterways called the ‘ELECTRIC EEL’.

Klaipeda headquartered WBE said the first electric pusher is due to be built next year for the Lithuanian Inland Waterways Authority, a public body operating under Lithuanian Government Ministry of Transport and Communications. 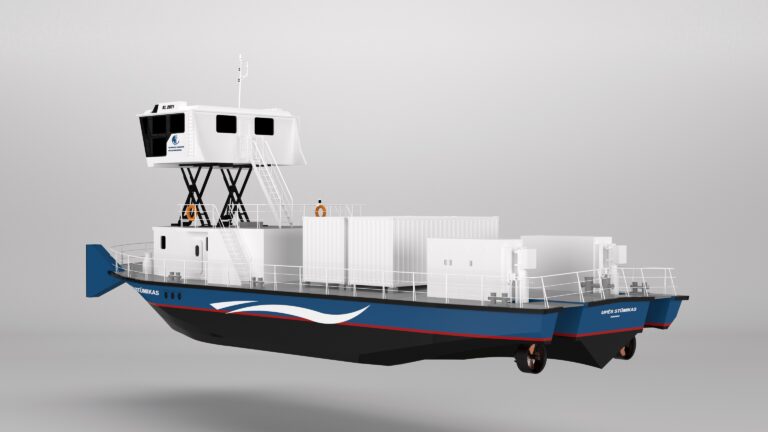 ELECTRIC EEL has huge potential to help cut carbon emissions on inland waterways across Europe and worldwide. The idea came after we were approached by the Lithuanian Maritime Cluster to see if we could help the Lithuanian Inland Waterways authority create an eco-efficient pusher. The authority has big plans to ramp up use of the 450km stretch of waterway between Klaipeda on the Baltic Sea to Kaunas to switch cargo from the road network in line with EU policy. It is brilliant to be supporting this bold vision and work on a sustainable clean fuel solution right here on our own doorstep. As a measure of the impact the authority estimates the pusher can help remove 10,000 trucks a year from Lithuania’s roads.”

In terms of the wider market Mrs Mikalauskienė said massive pressure is now coming on Governments and transport firms from the European Commission to reduce CO2 emissions and shift road freight, which accounts for 75 per cent of EU inland freight, to zero emission vessels operating on inland waterway transport (IWT) which accounts for just six per cent.

“The market is huge,” she said. “According to figures there is a fleet of 332 diesel pushers on the Danube alone pushing more than 2000 non-propelled barges. We estimate each of these vessels is emitting 196,317 KGs Tank To Wheel (TTW) of CO2, per navigation, while our electric pusher design slashes this at a stroke as it emits zero CO2. The beauty of our design is also in its ease of use, it can be bought and then built at a local shipyard near the customer or we can built it in Lithuania. We believe our electric pusher is a first mover in the market and can play a critical role in the drive to transform the IWT of Lithuania as well as the Danube and Rhine.”

Mrs Mikalauskienė said the pusher design is pending class Approval in Principle with Bureau Veritas and can operate at a range of 300km before needing to stop. The 26m long vessel is powered by three DNV approved batteries with a combined weight of 74 tonnes, two held in TEU containers on deck which can be replaced via crane at harbour, and one permanent battery below deck which can be charged at quayside. The vessel has a pushing capacity of 2000 tonnes and a top speed of 22Km/h downstream at 85 per cent engine load. The electric batteries create an engine power of 500 HP/400 KW compared to a diesel equivalent which has 1000 HP/800 KW.

“The biggest challenge we faced was weight and draft,” she said. “The Lithuanian inland waterway is presently very shallow so we had to design a vessel that was as light as possible, no more than 195 DWT, with a draft not greater than 1.2metres. So we have created a super-efficient hull design which will operate brilliantly on shallow waters in Europe and around the world. Through trial and error using rigorous computerised fluid dynamic (CFD) testing we have produced the smoothest possible hull resistance. We’re also using thin lighter steel, approved by class, to reduce weight while at the same time keeping safety of paramount importance. In addition, we have innovated the wheelhouse, using a jack up design made of aluminium, again to spread and reduce weight.

Mrs Mikalauskienė said another innovation on board is the use of a wind turbine to generate 5kw of additional electricity for lighting, the galley and crew facilities.

“All the WBE team are incredibly proud of the design and we would like to thank all the parties involved,” she said. “Overtime as green energy becomes cheaper the cost of charging the batteries will also significantly reduce giving big future savings over diesel.” 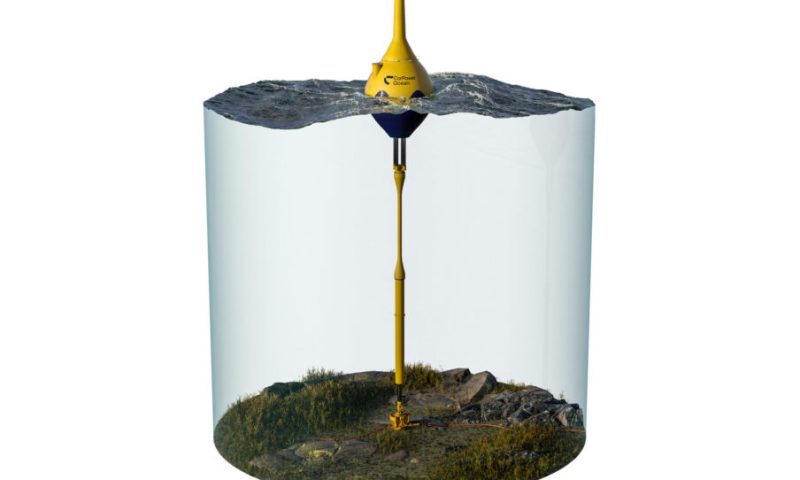